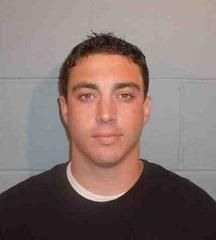 Calaveras County, CA — Calaveras County Sheriff’s Department needs your help to catch a “Most Wanted” fugitive. He is Daniel Cosmo Guida. Guida is wanted on a Felony Arrest Warrant for various charges. Those charges include assault with a deadly weapon, robbery, domestic violence, criminal threats, and false imprisonment. Guida’s bail for the false imprisonment charge is one million dollars. He also has five other no bail warrants pending.


Sheriff’s Officials say Guida is known to frequent the Arnold area. Guida is considered a fugitive. They say anyone hiding him, keeping him in their home, or providing financial assistance will face charges.