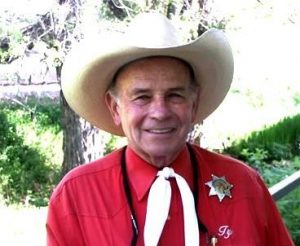 Information provided from SRMC reads, “Ty, a 5th-generation resident of Tuolumne County, has been serving the citizens of the Mother Lode for decades. In addition to wearing many hats (mostly cowboy!) and serving on numerous boards and committees, Ty is often found working with others behind the scenes to develop programs and services for the benefit of others.”

Wivell has been an active member of several organizations and government entities, including the Tuolumne County Sheriff’s Posse, Farm Bureau, Tuolumne County Planning Commission, Mother Lode Fair, and many more.