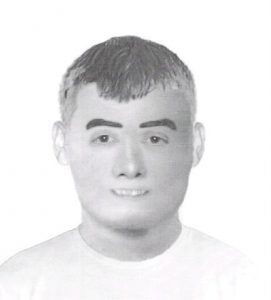 Valley Springs, CA — The Calaveras County Sheriff’s Office has released a sketch of a suspect accused of trying to abduct a teen from Valley Springs on September 11th.

As reported previously, it happened at around 4:45pm at the Veterans Field playground behind Valley Springs Elementary School. A 14-year-old girl reported that an unknown man attempted to get her to go with him in his vehicle and offered her marijuana. The man is described as Caucasian, approximately 6’0 tall, husky build with longer hair in the front and shorter hair in the back. His hair was reportedly dark in the front and faded to a lighter color towards the back.

At the time of the incident the male was wearing a faded gray t-shirt and blue jeans. His vehicle was described as a heavily scratched older model 4-door car, burgundy in color, with Oregon State plates. Anyone with information on the incident is encouraged to call the Calaveras County Sheriff’s Office at 209-754-6500.