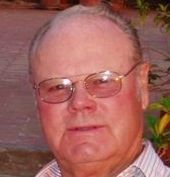 Joe Martin Jr. was the owner and founder of T-5 Trucking and Joe Martin Logging. However, he may be most remembered for his volunteer work and commitment to the Tuolumne County community.

Martin was a member of the Sonora Elementary School Board and was instrumental in relocating the campus to its current location. He was a past President of the Sonora 49er Rotary Club and a Paul Harris Fellow. In 1988 Martin was named the Tuolumne County Chamber of Commerce Citizen of the Year. He was a former President of Associated California Loggers and the Sierra Cascade Logging Association. In 1995, the Sierra Cascade Logging Association named him the “Logger of The Year.”

Martin was a member of the Tuolumne County Sheriff’s Posse, and in 2002 was the Grand Marshall of the Mother Lode Roundup Parade.

Martin was presented the Irving J. Symons Award in 2009 by Sonora Regional Medical Center. He was a member of SRMC’s Civic Advisory Board and the $2 million Capital Campaign for Cancer and Cardiac Care Steering Committee.

In addition, Martin was a member of the Tuolumne County Airport Commission, TuCare, a board member of Sentinel Savings Bank and Advisory Board Member and Founder of Mother Lode Bank. Martin, a lifelong Tuolumne County resident, was born in 1929 and married his wife Joyce in 1953. They later raised three children, Guy, Jodie and Stacey.

Martin passed away at his home in Sonora on Wednesday morning. A memorial service will be held on Wednesday, September 18th at Terzich and Wilson Funneral Home.