The Rim Fire Increases by 5,000 Acres 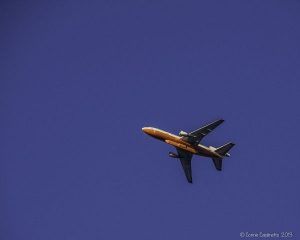 Incident Command reported crews conducted aerial firing operations using helicopters last night on two ridges on the northern portion of the fire significantly reducing the threat of the fire escaping containment lines on the northern flank. They say unburned vegetation within the containment lines continued to burn out down the ridges throughout the night Crews also performed burning operations from hand lines and natural barriers on the fire’s southeastern flank. Fire Officials say with hotter and drier weather expected today firefighters will focus on containing spot fires especially on the northern and southeastern flanks. Twain Harte residents will see a lot of smoke including large plumes throughout the day as the back burning is done. Mop-up and hazard tree mitigation will also continue as fire crews work to strengthen control lines.

Highway 120 between Groveland and Yosemite is opened once again. Caltrans reports it fixed about 1,000 burnt guard rails and brought down 1,800 scorched trees along the roadway. Fire Officials ask motorists traveling along Highway 120 to use caution and avoid stopping when driving through the fire area. However, Tioga Road remains closed from Crane Flat to 1 ½ miles east of White Wolf. Park visitors can access Tuolumne Meadows from SR-395 via the park entrance at Tioga Pass. Cherry Lake Road is closed at State Route 120. Evergreen Road Old Yosemite Road and Hardin Flat Road are also closed. Ther are no mandatory or advisory evacuation orders are in effect in Mariposa or Tuolumne Counties but some secondary roads remain closed to non-residents within the fire area. Also, the Air Quality Alert for Tuolumne County has been extended to Monday at Noon.

Officials are still estimating that the fire will be fully contained on September 20th. Thursday it was announced that the Rim Fire was started by a hunter that allowed an illegal fire to get out of control. The Rim Fire is now the third largest fire in California’s recorded history passing the 2007 Zaca Fire in Santa Barbara County by just over 6-thousand acres. The fire that burned the most acreage in California on record was the Cedar Fire in San Diego County with a total of 273,246 acres.