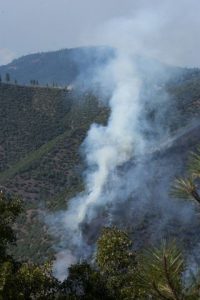 Pinecrest, CA — An additional region has been added to the list of advisory evacuation notices for the Rim Fire.

The advisory status remains in effect for Tuolumne City, Ponderosa Hills and the south side of the Highway 108 corridor, from Soulsbyville to Mi Wuk – Sugar Pine.

Tuolumne County Sheriff’s Office Spokesperson Scott Johnson says they are now extending the advisory up the south side of the Highway 108 corridor to Pinecrest. Highway 108 still remains open to all traffic.

Also, 16 homes in the Clements Road area in south Tuolumne County are still under a mandatory evacuation notice.