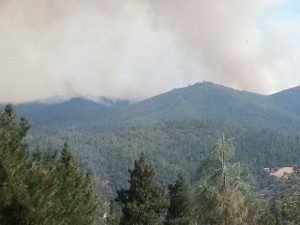 Tuolumne City, CA — Concerns over whether their homes will be safe is stopping some residents from leaving in advisory evacuation areas. That’s according to Tuolumne County Sheriff’s Office.


Spokesperson Scott Johnson stresses your property will be safe, “We’re not going to evacuate with you. If an area is evacuated we remain behind on saturation patrol and there will be law enforcement in those areas 24/7.”

An evacuation advisory remains in effect for Tuolumne City, and the area east of Highway 108 from Mi-Wuk Village down to Soulsbyville. The advisory also includes Willow Springs. In South Tuolumne County, an evacuation order is in effect for Pine Mountain Lake Subdivision units 11, 11A and 12. The remainder of the subdivision remains under an advisory notice.

All access to Tuolumne City is still restricted to resident and emergency personnel only. Highway 120 is still closed to motorists wishing to travel between Groveland and Yosemite.

An evacuation center remains open at the Mother Lode Fairgrounds. The Red Cross and County OES are prepping for the possibility of opening another evacuation center, but where the additional site would be has not been announced.