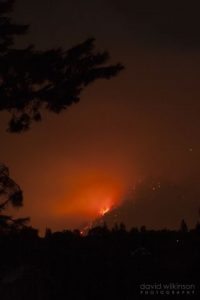 Tuolumne County, CA — The Tuolumne County Sheriff’s Office is warning the public air attack will be dropping retardant near Apple Colony Road as part of the Rim Fire effort.

Spokesperson Scott Johnson says, “The fire has not moved into that area. They are merely doing that to pre-treat the area to give a better defense should they need it. There is no immiment danger on Apple Colony Road.”

Johnson says they want to alert residents in the area to stay indoors during the drops, and not come outside to watch while it’s taking place. For a map of the area click here. For one of many Rim Fire perimiter maps the ENPLAN wildfire viewer shows the current fire line (zoom in on the largest fire) which is still several miles from Tuolumne here.