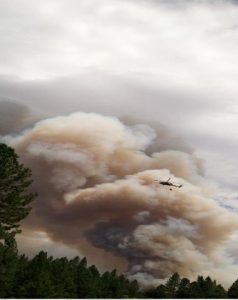 Sheriff’s Office Spokesperson Scott Johnson says it’s being done as a precaution, and there are no evacuation notices currently for the area. There are also some fire crews utilizing the road. “People should keep monitoring the situation and be prepared to leave if the Sheriff’s Office requests that,” adds Johnson.

The CHP is on scene. To view a map of the closure, click here.

Johnson says residents in areas that have been evacuated already, such as Pine Mountain Lake, have been very cooperative in taking the Sheriff’s Office advice to this point. The Rim Fire is still estimated to be 53,866 acres and is two percent contained.