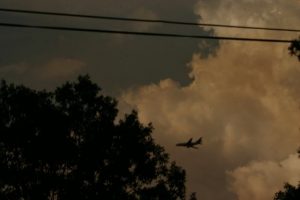 Groveland, CA — The Rim Fire in the Stanislaus National Forest is now 53,866 acres and is two percent contained.

The Sheriff’s Office continues to advise that the residents in Pine Mountain Lake stay away from their homes until further notice. The Cherry Lake Campground was also evacuated last night. An evacuation center is open at the Mother Lode Fairgrounds.

Snyder expects suppression efforts to improve today with the DC-10 and military type aircraft at the incident commands disposal. Officials are transitioning from a Level Two incident to Level One, which allows for access to more personnel and fire resources.

According to Snyder, the fire continues to spread northwest burning past Butcher Knife Ridge and moving into Grapevine Creek; northeast up the Tuolumne River Drainage from the Gravel Range past Jones Point Lookout; and continue to spread southeast edge along Hwy 120 to the east.

Firing operations have begun on Ferretti Rd. as the fire progress west towards the community of Pine Mountain Lake. Direct suppression methods have been successful.

In the next 24 hours the fire is expected to continue up the Tuolumne River canyon, and continue its spread to the north and east.