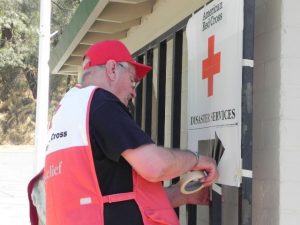 Spokesperson Scott Johnson says, “The Sherriff’s Department did evacuate the Cherry Lake Campground. It has been shutdown and access is being denied to that area.”

The Tuolumne County Sheriff’s Office is still urging residents in the Pine Mountain Lake subdivision to leave their homes for a safer location. There are nearly 3,000 homes in that area. This afternoon Camp Mather, Diamond O, and Hetch Hetchy Proper where also given advisory evacuations notices.

An evacuation center remains open at the Mother Lode Fairgrounds. It is the only shelter open at this time as the Greeley Hill site was closed this afternoon for a lack of evacuees. The fairground numbers have doubled since last night with 21 peoples now staying there.