How To Assist The American Red Cross 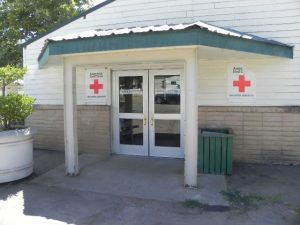 The one and only evacuation center for those affected by the Rim Fire is at the Mother Lode Fairgrounds in Sonora.

According to Scott, there is room for over one thousand people at the Mother Lode Fairgrounds. Currently the only building that is being used for evacuees at the fairgrounds is the Manzanita Building. Other buildings will open if needed.

Scott says that although every situation is different, typically only around ten percent of those who are forced to evacuate from an area will take advantage of an evacuation center.

Those who do check into the Mother Lode Fairgrounds will find meals, beds, facilities to shower and some assistance.

The general public is asked to make monetary donations at http://www.redcross.org or by calling 1-800-RED-CROSS.

Scott asks that no one show up at the fairgrounds with donations of food, clothes or bedding. Only donations of money will be accepted over the phone or through the website.

Also if anyone would like to volunteer, they may call the Red Cross. According to Scott, the public is asked to please not show up at the fairgrounds looking to volunteer.