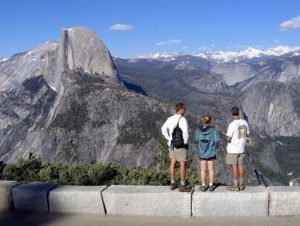 
Park officials say they had worried the dry weather could keep people from coming to the park. “It is the second year of a dry year, but it doesn’t seem to be effecting visitation,” says Spokesperson Scott Gediman. “People are out and about and enjoying themselves; so no huge increases or decreases, it just seems to be a good steady summer,”

Gediman stresses the parks attendance has stuck around the four million mark for over a decade and he says they are on track to do that this year. He says overall they are very pleased with the attendance numbers so far.