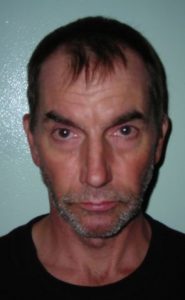 Sonora, CA — Two men were arrested this morning when Sonora Police Officers were patrolling near the Mountain Shadow Cemetery.

The cemetery is located near the intersection of Greenley Road and Lyons Street. The officers spotted a Chevy Trailblazer inside the cemetery at 1:22am, and went over to investigate. Inside the SUV were 49-year-old Russell Robinson of Delhi and 58-year-old Steven Spearman of Turlock. Robinson was on probation in Stanislaus County for a past drug violation. Officers searched the SUV and found heroin and syringes. Both men were arrested and taken to Tuolumne County Jail. Once at the jail, it was found that Robinson also had hash in his possession, which he had failed to disclose earlier.

It is not immediately known why they were parked in the cemetery.