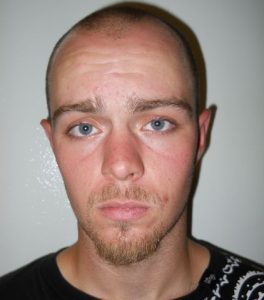 Sonora, CA — Two people were arrested on burglary charges after trying to pull-off a heist at the Sonora Walmart.

The Sonora PD reports that 23-year-old Charles Bowers and 40-year-old Bart Salazar placed a large amount of merchandise in a cart. They then walked over to a closed checkout area and grabbed a handful of plastic shopping bags. The pair walked to another part of the store and placed all the merchandise inside the bags.

The store’s loss prevention officers noticed what was happening and notified the PD. Officers then responded and stood by outside.

The two men went to one of the checkout stands and purchased a pack of cigarettes, but made no attempt to pay for the other items. The two men then walked outside and were arrested. Items stolen included electronics, clothing and beer. The total value was $744. Bowers had two outstanding warrants for his arrest, one for theft and another for vandalism.

Both men, who reside in Sonora, were booked into Tuolumne County Jail on charges of burglary and conspiracy.