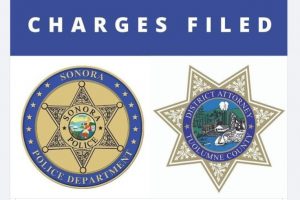 Criminal charges have been filed against Joseph Maloney and Nicole Sparks in the January 2019 death of 23-month-old Koltyn Blackwood. Maloney, 26 of Sonora, is charged with second-degree murder and assault on a child causing death and he and Sparks, 23, are both charged with child abuse. The two-year, on-going investigation by the Sonora Police Department and Tuolumne County District Attorney’s Office issued arrested warrants on Monday, January 25. Maloney was arrested at his home in Sonora. His bail is set at $1,000,000. Sparks’ arrest warrant remains outstanding. Her bail is set at $25,000.

The District Attorney’s office states Maloney should be scheduled for an in-custody, video arraignment on Wednesday, January 26, 2021. An attorney from the DA’s Office will be present at the arraignment to argue against his potential release from custody.

Koltyn’s family released the following statement: “We would like to thank everyone that put in countless hours of hard work to make this arrest. Especially the Sonora Police Department and the District Attorney’s Office. We would also like to thank all of the reporters that helped keep us going over the past two years. Now we can move forward and concentrate on Koltyn’s Law.”

Due to the case’s sensitive nature and on-going legal proceedings, the District Attorney’s Office, Sonora Police Department, and Koltyn’s family will not be commenting further on this case.