Democrats: The US Senate Must Save The Postal Service 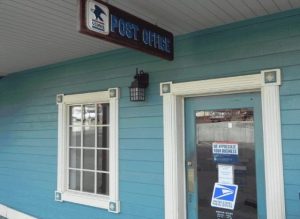 During the Democratic Weekly Address, Sen. Jacky Rosen (D-NV) stated that the Senate must vote on the House’s Post Office bill to reverse changes made to the Post Office in order to save the Postal Service and protect our democracy.

Rosen was Tuesday’s KVML “Newsmaker of the Day”. Here are her words:

“Hi, I’m Senator Jacky Rosen, and I’m proud to represent the great state of Nevada in our United States Senate.

The coronavirus pandemic has taken a devastating toll on our country. In every corner of America, people from all walks of life are struggling to get by.

However, as we work to address the virus’s impacts, we cannot ignore the growing issues surrounding the Postmaster General’s actions at the United States Postal Service.

The USPS plays a critical role in the lives of countless Americans.

Our postal workers, they deliver life-saving VA medications to our veterans, they ensure that seniors receive their social security checks, they provide access to essential supplies in communities of color, including our tribal communities, and for our small businesses, especially those in our rural communities, the Postal Service may be the only way that they can conduct business.

Not to mention, we have an election quickly approaching where many Americans plan to vote by mail, making timely mail delivery critical, critical, for our democracy.

But under Postmaster General DeJoy’s leadership, we have seen a shocking mismanagement of this critical service. Across the country, we’ve seen mail delays, sorting machines removed from post offices, and postal workers who’ve had their overtime slashed. All of these changes are occurring under the Postmaster General’s watch.

I’ve personally received thousands of letters from Nevadans who are outraged, outraged, at what’s happening. One letter in particular stands out, it’s from a proud veteran of the United States Air Force who currently lives here in Las Vegas.

And just like other veterans, his medications, well they come through the mail. Any disruption in receiving them would put his health at risk. He says that the changes under the Postmaster General’s watch are an uncaring politically motivated move that puts the health and wellbeing of all veterans in jeopardy.

I took what this Veteran, my constituent, said to heart, and during a recent Senate hearing, I asked Mr. DeJoy to explain the reckless and dangerous changes that have occurred under his leadership.

When I asked him to provide any analysis regarding the impact his policies would have on veterans, seniors, and rural communities, he said NO.

When I asked him to provide details about board meetings in which these harmful decisions were made… he said NO.

I asked him for transparency and he looked me and the American people watching in the eye, and he said NO. He said NO when I asked him to justify the destruction he has caused. And he said NO to ensuring that such problems never happen again.

If we want to fix these issues, then we need to know the data behind his decisions. The Democratic Caucus and I are demanding immediate transparency and the reversal of harmful operational changes. My constituents and all Americans deserve nothing less. The Senate must now vote on the House-passed USPS bill, which reverses Mr. DeJoy’s destructive changes, in order to save the Postal Service and protect our democracy.

Whether it’s confronting COVID-19 or the Postmaster General, we need leaders who will listen, who will take action, the American people depend on that, are depending on us, and that’s what I’m going to continue to do.