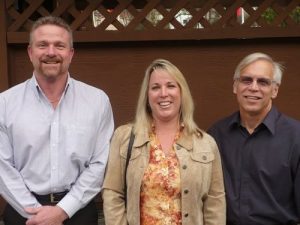 General Manager Pete Kampa will discuss the four policies that were passed by the Legislature, signed by the Governor and are now law.

The funding mechanism for the policies, the $11.1 billion Safe, Clean and Reliable Drinking Water Supply Act of 2010, was authored by Senator Dave Cogdill. Kampa will comment on the effect for T.U.D. customers if the November, 2010 ballot measure passes/fails.

District Engineer Tom Scesa will discuss the current T.U.D. projects and the importance of grant funding and how it affects the bi-monthly customer billing.

Customer Service Supervisor Lisa Westbrook will remind residents and part-time residents of ways in which they can protect their water pipes during the freezing winter weather.

Should you miss one of the broadcasts click onto myMotherLode.com and select MULTIMEDIA, then AUDIO, then MOTHER LODE VIEWS.