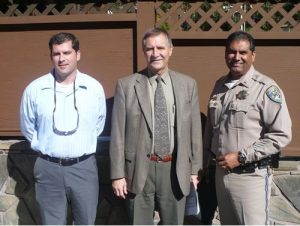 Sonora, CA — This weekend’s Mother Lode Views will focus on the increasing number of individuals that are being arrested and prosecuted for "driving under the influence" in Tuolumne County.

District Attorney Donald Segerstrom will define the different segments of the law pertaining to impaired drivers. He will also comment on the increasing number of cases that his office has been prosecuting over the past couple of years and how the public can assist law enforcement agencies in getting those who are "driving under the influence" off the road.

CHP Lt. Commander Sam Samra will discuss the increasing number of arrests his officers are making. He will also explain the intricate training all officers undergo in detecting those that are "driving under the influence" of either alcohol or street-prescription drugs or both.

Dan Hawks from the Probation Department will detail the penalties assessed first and multi-time DUI offenders.