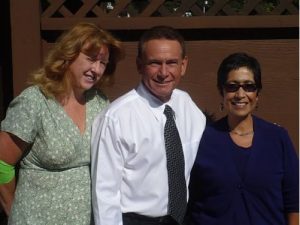 Sonora, CA — This weekend’s Mother Lode Views will focus on the need for a juvenile detention facility in Tuolumne County.

Guests will include Chief Probation Officer Adele Arnold, Mo Frank from the County Administration Office and the Honorable Eric DuTemple, Presiding Judge for the Superior Court of Tuolumne County.

Ms. Arnold will comment on the cost of transporting juvenile offenders to other counties and the lack of family support due to travel distances to Yolo, El Dorado, Glenn and Nevada counties where Tuolumne County offenders are now housed. In addition the inherent need for local programs for local juveniles will be discussed.

Mo Frank from the County Administrative Office will comment on a number of financial options for the facility. The county has already received a $16 million grant from the state but another $5 is needed for the proposed 30 bed facility.

Judge Eric DuTemple will stress the need for a Juvenile Drug Court which cannot be realized without such a facility.

If you happen to miss one of the four broadcasts, on Tuesday of the following week go to the MULTIMEDIA tab on the myMotherLode.com Home Page and click AUDIO. Then proceed to Mother Lode Views for the 30 minute broadcast.