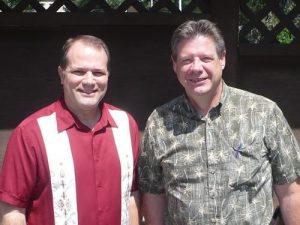 Sonora, CA — This weekend’s Mother Lode Views will focus on the recently passed state budget, its effect on local municipalities and the need for a change in the way California conducts business.

The two will comment on the legislature deciding not to hijack gasoline tax revenues from cities, counties and special districts in an effort to reduce the deficit. They will also discuss the impact if the state invokes its right to take eight percent of the local property tax revenues with the promose to repay within interest within a three year period.

In addition both will discuss the need for the state to rethink and clearly define the way it does business. Also Pedo and Applegate will share ideas on how the state could better itself by undergoing a massive change within the political culture.

If you happen to miss one of the broadcasts go to myMotherLode.com and click on MULTIMEDIA the Tuesday following the broadcasts. Click on AUDIO and “page down” to the MEETINGS AND ON-AIR PROGRAMS heading and select MOTHER LODE VIEWS.