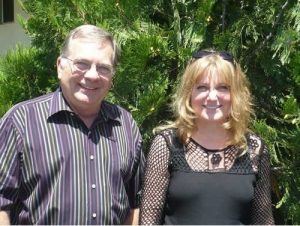 Dr. Smith will discuss the effect of budget cuts on faculty and support staff and class reductions for students. In addition she will mention another Measure E groundbreaking ceremony set to take place on campus August 13.

In case you miss the air dates, you can listen to the show by going to myMotherlode.com and clicking on MULTIMEDIA and then AUDIO. Then select the July 26 show which will be available Tuesday, July 28.