Governor Says He Will Veto Plans To Defer Payments 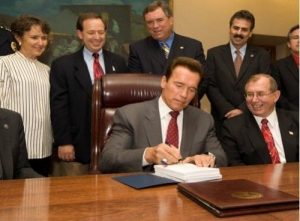 Sacramento, CA — A pair of bills that would have deferred payments to schools and local counties and cities for road repairs was approved in the California Assembly Thursday, but Governor Schwarzenegger has issued a statement saying he will veto both.

The bills passed in the Assembly by a vote of 69-0 and 54-0. The Governor feels that this is a “piecemeal” approach and doesn’t solve the overall budget problem. The bills would prevent the state from having to issue IOU’s next week.