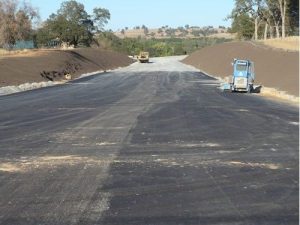 Angels Camp, CA — According to Tim McSorley of the Calaveras County Council of Governments the Angels Camp Bypass will officially open July 22.

McSorley notes that Teichert Construction of Stockton, the primary contractor, will complete the project a year and a half ahead of schedule. In addition the bypass will come in approximately $6 million under budget.

Later today McSorley adds a committee will be formed to determine what type of ribbon cutting ceremony should be planned. He also added that Governor Schwarzenegger has been invited because this is the first project under Proposition 1B that has been completed. Should the Governor accept then his office would plan any official ceremonies with Caltrans.

As to the effect of the bypass on downtown Angels Camp, McSorley admits there are mixed emotions. There are some that would like to traffic for local businesses while there are others that believe more local residents will feel free to shop downtown with the reduced amount of traffic.