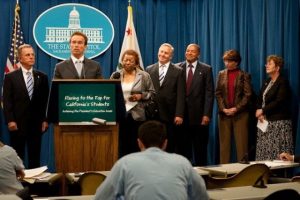 Sacramento, CA – The California State Supreme Court has sided with Governor Schwarzenegger on the issue of state worker furloughs.

The Court decided unanimously that the Governor’s furlough orders have been within legal bounds. Employee unions have been challenging the furloughs since they were first implemented for 200,000 workers on a two-day-a-month basis in 2009. They were later expanded to three days a month, and resulted in a pay decrease of 14 percent for most state workers.

The furloughs came after the Governor issued a State of Emergency due to the budget impasse.