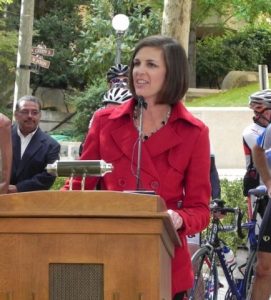 Modesto, CA — Assemblywoman Kristin Olsen has formally announced that she will run for the newly drawn District 12 Assembly seat.

This means that Olsen will no longer represent the Mother Lode region after next year, as District 12 covers Stanislaus and San Joaquin Counties.

“My focus is on problem-solving, not partisan politics, and I will continue to work hard to stand up for the Central Valley and commonsense reforms that will return economic prosperity to California,” states Olsen.

Olsen reports that the campaign has over $200,000 cash on hand. One other candidate has expressed an interest in running for the District 12 seat, Democratic Lathrop City Councilman Christopher Mateo.