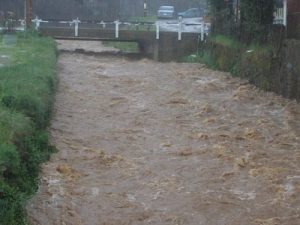 A series of Pacific storms will impact the region through early Friday.

A weak storm today will continue to move through into tonight, bringing areas of light precipitation.

A second system will be wetter and move into the region Tuesday into early Wednesday.

Rainfall amounts from this storm will generally be below an inch in the Central Valley. Breezy conditions are expected Tuesday into early Wednesday.

However, the National Weather Service has issued a Winter Weather Advisory for the Sierra Nevada above 5,000 feet, from 4 PM Tuesday through 4 PM Wednesday.

Total snow accumulations above the 5,000 foot elevation, will range from eight inches to eighteen inches.

The winds could gust as high as sixty mph over exposed ridgetops and near the Sierra crest.

The strongest storm of the week is forecast for Wednesday afternoon into early Friday bringing moderate to heavy precipitation and strong wind.

A High Wind Watch has been issued for the Mother Lode and the Northern San Joaquin Valley from Wednesday afternoon through late Wednesday night.

Winds of twenty-five to thirty-five mph are expected in the Central Valley with gusts ranging up to sixty mph. Gusts in excess of sixty mph are possible over the Mother Lode.

The strongest gusts are expected through late Wednesday evening. This has the potential to produce wind gusts as strong as what occurred earlier this month, on the evening of January 7th.

The strongest winds will decrease before sunrise on Thursday, but it will continue to be breezy through Thursday morning.

Additionally, a Flood Watch has been issued for both the Mother Lode and the Northern San Joaquin Valley from Wednesday afternoon through Thursday morning.

Local rainfall amounts of one to three inches are possible in the Central Valley. Two to six inches of rain is forecast for the Mother Lode and the Sierra Nevada.

There is the potential for some localized ponding of water on roadways. Rises on small streams and creeks could lead to flooding. If heavy precipitation develops over recent burn scar areas, mud slides or debris flows may occur.

Finally, a Winter Storm Watch has been issued for the Sierra Nevada above 6,000 feet, from 4 PM Wednesday to 4 AM Friday.

Significant snow accumulations of two to five feet are likely above the 6,000 foot elevation.

Wind gusts of over seventy mph can be expected in the mountains.

Travel could be very difficult to impossible.

A Winter Weather Advisory now means periods of snow will cause primarily travel difficulties. Expect snow covered roads and limited visibilities, and use caution while driving.