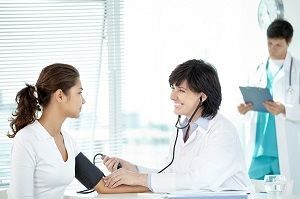 During the Democratic Weekly Address, Representative Diana DeGette (D-CO) stated Republicans are attacking the health care of Americans with pre-existing conditions by trying to repeal Obamacare.

DeGette was Tuesday’s KVML “Newsmaker of the Day”. Here are her words:

As a senior member of the House committee with jurisdiction over health care policy, I have played a leading role in the development of comprehensive health reform in this country. I helped shepherd the Affordable Care Act into law eight years ago. And since then, I’ve proudly been at the forefront of the fight to defend Americans’ health care from the many badly misguided Republican efforts to repeal the law and the historic protections it provides.

After the ACA passed, finally forbidding insurers from discriminating against or denying coverage to Americans with pre-existing conditions, the GOP spent eight years crusading to repeal the law, even forcing a government shutdown at one point to make their case. Last year, after 217 House Republicans voted for their terrible repeal bill to take away Americans’ health care, the effort failed by one vote in the Senate.

Had Republicans succeeded, they would have devastated health care coverage in this country. Millions of Americans would have lost their coverage or been forced to pay more for it. Older Americans would have faced what the AARP called an ‘age tax,’ meaning they could be charged up to five times as much for coverage as younger ones. And protections for the 130 million people with pre-existing conditions would have been gutted.

After failing in the Congress, Republicans turned to the court with a cruel lawsuit to strike down protections for pre-existing conditions. And the Republican leadership in Congress continues to introduce other bills that still would undermine the ability of the millions of Americans with pre-existing conditions to get affordable and comprehensive health insurance.

In August, Republican Senators introduced a bill with a big loophole for health insurance companies that essentially would let them exclude pre-existing conditions from coverage. Their bill would allow insurers to charge those with costlier health conditions much more for their insurance – making health coverage unaffordable for families with loved ones with pre-existing conditions across America. House Members soon followed suit with a similar bill.

But even after voting to destroy protections for pre-existing conditions, and pushing new legislative and legal assaults, Republicans are falsely claiming that they are taking steps to preserve these protections.

It’s ironic that Republicans have said they support keeping pre-existing condition protections while continuing their relentless assault on Americans’ health care. Worse yet, Senate Republican Leader Mitch McConnell this week admitted that if his party has the votes in Congress next year, they’ll try again to repeal the ACA altogether. And President Trump said the same thing last month.

Democrats have a different agenda for Congress – a Congress that works For The People, instead of a Congress obsessed with destroying Americans’ health care.

We want to lower health costs and the price of prescription drugs. We want to raise wages and drive strong economic growth by rebuilding America. And we want to clean up corruption to make Washington work for you.

Rather than attacking the health care of Americans with pre-existing conditions, I urge my Republican colleagues to actually work across the aisle to strengthen America’s health care system.

Republicans should work with Democrats on bipartisan improvements that would reduce premiums and deductibles, increase price transparency and access to care providing relief from high drug prices.

The public expects no less.