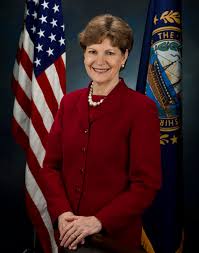 The Democratic Weekly Address featured Senator Jeanne Shaheen, and it was aired as KVML’s “Newsmaker of the Day.” Here are her words:

“Hello, I’m Jeanne Shaheen, Senator from New Hampshire. During my years as Governor and now as Senator, I’ve worked across the aisle to get things done for everyday Americans and their families. And in my experience, people have no higher priority than securing access to affordable health care.

That’s a big reason why Democrats in Congress fought to pass the Affordable Care Act. Thanks to this law, nearly 23 million Americans have gained health coverage, and we’ve cut the uninsured share of the population by almost half. People with pre-existing conditions like diabetes or cancer can no longer be denied coverage or charged sky-high premiums. In addition, the law has been a critical tool in our fight against the opioid epidemic. In New Hampshire and other states hit hard by this crisis, millions of people with substance use disorders have been able to get lifesaving treatment for the first time.

But there’s a problem – and all of these gains are now at risk. Republicans in Congress have tried repeatedly to repeal the Affordable Care Act. They failed, but they’ve found other ways to weaken – and, frankly, to sabotage – the law. President Trump has repeatedly sown confusion, falsely claiming that the law is ‘imploding’ and pledging to, and I quote, ‘let Obamacare fail.’ End quote. He refuses to make the payments that keep health insurance affordable. He has allowed insurers to sell junk health plans with skimpy coverage; this has siphoned off healthy consumers and driven up rates for everyone else. Also, these junk plans, once again, allow insurers to deny coverage for pre-existing conditions.

It’s especially shameful the way the Trump administration tried to keep Americans in the dark by cutting advertising to inform consumers about the Obamacare enrollment period.

These actions, taken together, have destabilized the market. As a result, health insurers say they have no choice in the weeks ahead, but to sharply increase premiums. This will have a devastating impact on consumers in the individual marketplace, especially middle-income Americans and those who are self-employed or in what’s known as the ‘gig economy’ – exactly the people we should be helping and encouraging. Millions will experience sticker shock. And many will have no choice but to drop their coverage – putting families back where they were before the Affordable Care Act: without coverage, unable to afford doctor visits, just one medical emergency away from financial ruin.

The progress we’ve made in recent years is just too important – we can’t go backward. I recently heard from a doctor from Bow, New Hampshire. She said, ‘Before the Affordable Care Act was passed, I was seeing more and more patients working full time but not having adequate care. Parents would look down in shame when I asked why their child [had not been in] to see me in two, three, or more years. They were ashamed because they could not afford insurance and therefore weren’t coming in for care. Since the Affordable Care Act, she says, I have rarely seen this type of interaction.’ This doctor, and her patients, don’t want to go back to the bad old days – and neither do I.

In Washington, some Republicans seem to think that sabotaging the Affordable Care Act is good politics. But for people in New Hampshire and across America, keeping their access to coverage is a matter of life or death. It’s about being able to take a sick family member to a doctor and knowing that a serious illness won’t leave a mountain of debt.

With premiums about to rise sharply, the stakes could not be higher for the health and financial security of our families. Instead of Republicans taking health care away from people and making it more expensive, let’s do the right thing. It’s time for bipartisan action – Republicans and Democrats working together – to ensure quality, affordable health care for every American.”