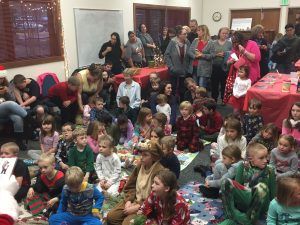 It is the Third Weekend Of December and many holiday events are planned throughout the region.

As detailed in the news story this morning, today is the 29th year of the free Mutz’ Bean Feed.

At the Bret Harte High School Theater today thru Saturday there will be performances by Studio 4 Dance of the Nutcracker. This year’s production will introduce new characters including the Snow King and a male Arabian dancer. Also this year, the Snow Princesses and Mouse Queen will be on pointe and there will be three male/female partner dances. Thursday was opening night the dates and times are listed here.

There are two Breakfasts with Santa on Saturday, one at Applebee’s in Sonora for the Summerville FFA and the other at the Sonora Moose Lodge.

As reported, Santa’s Workshop is located on and has closed Linoberg Street and the schedule of Santa events in Sonora is here.