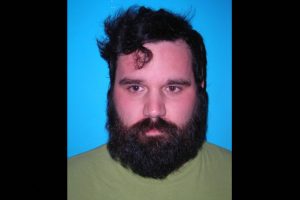 Sonora, CA – A Jamestown man has not been heard from in over a week and police are turning to the public for help in locating him.

Take a good look at the man in the image box, as his family and Sonora Police, are asking anyone who may know his whereabouts or may have seen him recently in the Tuolumne or Calaveras County area to report it to detectives. He is Dylan Capperelli and has been missing since Tuesday, February 16th.

Capperelli was last seen in the Angels Camp area of Calaveras County, according to Sonora Police spokesperson Thomas Brickley, who relays a family member filed a missing person’s report on that day. Brickley added that Capperelli has ties to both Mother Lode counties as he lives in Jamestown but works in the Copperopolis area.

Anyone with information regarding his disappearance or his possible whereabouts is asked to contact Sonora Police Department at 209-532-8121 or the Tuolumne County Sheriff’s Office at 209-533-5855.